Not all who lose the presidency fade into oblivion. This book shows how some of the also-rans had a tremendous impact on the nation. Two of the most obvious and most recent: Al Gore and Barry ... Read full review

Scott Farris is an experienced political journalist, speechwriter, adviser, and political candidate. A former bureau chief for United Press International and a political columnist, Farris has interviewed most of the men and women who have sought the presidency over the past thirty years. He managed several political campaigns, and was the Democratic Party's 1998 congressional nominee for Wyoming's at-large district, the seat once held by former Vice President Dick Cheney. Farris worked as a senior policy and communications adviser to a U.S. senator, the governors of Wyoming and California, the mayor of Portland, Oregon, two university presidents, and the bishop of the Roman Catholic Diocese of Cheyenne. He worked closely with three presidential administrations and as a volunteer on multiple presidential campaigns. The first American journalist selected to participate in the Georgetown University School of Foreign Service's prestigious International Leadership Seminar, Farris has a master's degree in history from the University of Wyoming, where his thesis focused on President Kennedy's battle with the radical right. He is currently the Director of Government Relations in the western United States for TransCanada, a Canadian-based energy infrastructure company. He lives in Portland, Oregon, with his wife and two children. 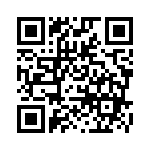