Normally, I find political books to be dry and boring. This was an engaging read that I thoroughly enjoyed. Politics, in general, isn't my cup of tea, but the history and rise of the alt-right was very interesting. Read full review

Alt-America: The Rise of the Radical Right in the Age of Trump by David Neiwert is a book I requested from NetGalley and the book's publishers and the review is voluntary. I want to thank them for the ... Read full review

David Neiwert is a journalist and author and an acknowledged expert in American right-wing extremism. He has appeared on Anderson Cooper 360, CNN Newsroom, and The Rachel Maddow Show. His work has also appeared in the American Prospect, the Washington Post, MSNBC, Salon, and other publications. His previous books include The Eliminationists: How Hate Talk Radicalized the American Right, Strawberry Days: How Internment Destroyed a Japanese-American Community, as well as And Hell Followed With Her: Crossing the Dark Side of the American Border, which won the 2014 International Latino Book Award. 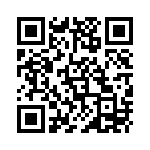