CLIFFORD B. HICKS was born and raised in a town in Iowa much like Riverton, the scene of Alvin’s Secret Code and The Marvelous Inventions of Alvin Fernald.  He began writing professionally during his high-school years, when he was a correspondent for the Des Moines Register and Tribune.  During World War II, he rose to the rank of Major in the Marine Corps, serving on Bougainville and Guam.  In the service he learned something of codes and ciphers, a subject he had studied briefly in college.  After the war Mr. Hicks joined the staff of Popular Mechanics magazine, eventually becoming Editor-in-Chief of the magazine and its seven foreign editions.  He graduated cum laude from Northwestern University. Two of his juvenile books have been made into Disney movies.

Mr. Hicks now lives in the mountains of western North Carolina. He spends his leisure time hiking, reading, woodworking; and, yes, a bit of writing. 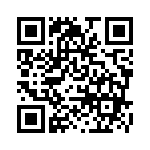