Michael W. Cole is professor of art history at Columbia University. He is the author of Cellini and the Principles of Sculpture and the coeditor of The Idol in the Age of Art, among other books. 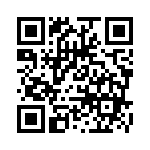