America and Iran: A History, 1720 to the Present

The hostility between the U.S. and Iran is a tragic lapse from a once-friendly relationship, according to this sweeping study. Historian Ghazvinian (coeditor, American and Muslim Worlds Before 1900 ... Read full review

JOHN GHAZVINIAN was born in Iran and raised in London and Los Angeles. He has a doctorate in history from Oxford University and was the recipient of a "Public Scholar" fellowship from the National Endowment for the Humanities in 2016-2017, as well as a fellowship from the Carnegie Corporation's special initiative on Islam in 2009-2010. Ghazvinian's writing has appeared in Newsweek, The Sunday Times, New Statesman, Slate, and The Nation. He directs the Middle East Center at the University of Pennsylvania and lives in Philadelphia. 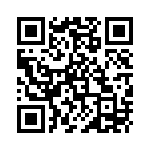