Loch K. Johnson is Regents Professor of Political Science at the University of Georgia, and was recently named a Meigs Professor, the University of Georgia's highest teaching honor. He has served on the Senate and House committees on intelligence and on foreign affairs and has been a consultant to the National Security Council, the U.S. State Department, and the Senate Subcommittee on Separation of Powers. He is the author of A Season of Inquiry, the winner of the 1986 Certificate of Distinction of the National Intelligence Study Center, and America As a World Power (1991). 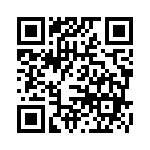