Philip Furia is one of the best-known writers on popular music, having authored critical biographies of Johnny Mercer (2003), Irving Berlin (1998), and Ira Gershwin (1995), and the award-winning book Poets of Tin Pan Alley (1992). He teaches at the University of North Carolina at Wilmington. Michael Lasser is host of National Public Radio's "Fascinatin' Rhythm," a weekly program that focuses on the great American popular songs. It has been on the air since 1980, and was awarded a Peabody Award in 1995. 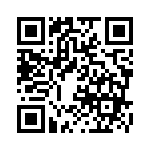