Robert O. Self is Assistant Professor of History and Urban Studies at the University of Wisconsin, Milwaukee. 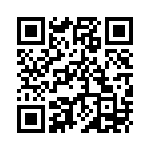