Try the new Google Books
Check out the new look and enjoy easier access to your favorite features
Try it now
Buy eBook - $12.94

Marcia Frost was graduated from the Journalism program of C W Post, Long Island University in 1981, a few years ahead of schedule due to early finishes in high school and college. While in school, she was an Entertainment Writer and Editor for the C.W. Post Pioneer, as well as New York Nightlife Magazine. Soon after that she got into the world of College and Junior Tennis. She ran the Port Washington Tennis Academy owned publication in print from 1981-85 and 1995-97, working as an Art Director for a now-defunct advertising firm in between. In January of 1998 she had a vision that the Internet might just take off and put the publication -- now receiving over 1 million hits per month -- online. Ms Frost is also a Freelance Writer/Photographer for USTA Magazine, SMASH Magazine, Tennis Life, Racquet Sports Industry and Tennis Championships Magazine. She manages a College Tennis section for Tennis Magazine on Tennis.com. She also volunteers on the USTA/Eastern College Tennis Committee and is passionate about promoting college tennis throughout the country. She helps to organise and speaks at College Tennis Showcases. 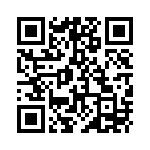