This is a highly detailed analysis of religion in America. The book is basically an analysis of a faith survey conducted over multiple years. The accuracy of the book is almost entirely dependent on ... Read full review

This book isn't something you can sit down and read. At least I couldn't. So much info, not trying to get you to believe anything, but how does religion control our live and politics and how religion ... Read full review

Robert D. Putnam is the Malkin Research Professor of Public Policy at Harvard University and a former Dean of the John F. Kennedy School of Government. Nationally honored as a leading humanist and a renowned scientist, he has written fourteen books, including the bestselling Our Kids and Bowling Alone, and has consulted for the last four US Presidents. In 2012, President Obama awarded him the National Humanities Medal, the nation’s highest honor for contributions to the humanities. His research program, the Saguaro Seminar, is dedicated to fostering civic engagement in America. Visit RobertDPutnam.com.

David E. Campbell is the John Cardinal O'Hara, C.S.C. Associate Professor of Political Science at the University of Notre Dame as well as a research fellow with the Institute for Educational Initiatives. He is the author, coauthor, or editor of several books, and his work has also appeared in the Journal of Politics, Public Opinion Quarterly, and the Journal for the Scientific Study of Religion. He lives near South Bend, Indiana. 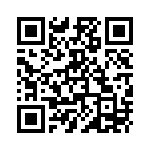