The Development of Law in America Distinct moments in the formation of american legal system are pointed and explained in this short book. The historical landscape and its reflections in the law are ... Read full review

G. Edward White is David and Mary Harrison Distinguished Professor of Law and University Professor at the University of Virginia. His 15 books include The American Judicial Tradition, Alger Hiss's Looking-Glass Wars, and Justice Oliver Wendell Holmes: Law and the Inner Self. White is the editor of
the John Harvard Library edition of Oliver Wendell Holmes Jr.'s The Common Law (2009) and is currently writing a three-volume history of American law, the first volume of which, Law in American History, From the Colonial Years Through the Civil War, appeared in 2012. 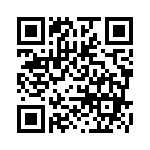