Interesting read and a real insight to the why things happen the way they do.

Richard H. Solomon has had extensive experience negotiating with East Asian leaders. As assistant secretary of state for East Asian and Pacific affairs, he negotiated the first UN "Permanent Five" peacemaking agreement, for Cambodia, and led U.S. bilateral negotiations with Vietnam.Solomon has been president of the United States Institute of Peace since 1993. He is the author of seven books, including Chinese Negotiating Behavior: Pursuing Interests Through "Old Friends" (USIP Press) and coauthor of American Negotiating Behavior: Wheeler Dealers, Legal-Eagles, Bullies, and Preachers (USIP Press).

Nigel Quinney is president of The Editorial Group and a consultant to European and American think tanks, academic institutions, and multinational corporations. He has more than twenty years' experience as an editor, writer, and researcher in the fields of international relations and conflict resolution. 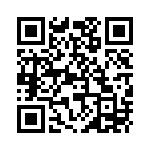