A noted Jewish studies scholar as well as a pulpit rabbi, Dana brings excitement and energy to synagogue scholar in residence programs, guest lectureships, and Jewish book fairs. His research interests are broad, from contemporary Reform Judaism to American Jewish history, from Judaism in contemporary film to Jewish humor. 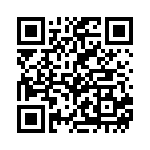