An indepth history and analysis of the complex and sometimes contradictory movement known as Transcendentalism. There are many echoes of today, showing the deep and ongoing influence of the thinkers and their thoughts in the politics and culture of our day. Read full review

In past decades I have read Emerson and about Emerson, about the Concord crowd, and about the early transendentalists. I haven't been reading much in that area recently, but I have tried to keep my ... Read full review

Philip F. Gura is William S. Newman Distinguished Professor of American Literature and Culture at the University of North Carolina, Chapel Hill, where he holds appointments in English, American studies, and religious studies. 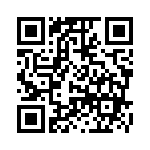