Befitting a creature with a heart weighing six tons, freelance writer and biologist Payne brings a lot of love, an encyclopedic knowledge, and an expansive imagination to this exquisitely written ... Read full review

You don't have to be a biologist to enjoy Among Whales. Anyone can appreciate the majesty of the whales and their enviroment. Roger Payne lets you see into their world by first explaining how you must ... Read full review

Roger Payne is the world's leading expert on whales, having devoted the better part of his life to their study. He is president of the Whale Conservation Institute in Lincoln, Massachusetts, and a scientific advisor to the International Whaling Commission. Payne first rose to prominence in the late 1960s for his discovery that the vocalizations of humpback whales can be classified as songs. The songs were later distributed as a bestselling recording entitled The Songs of Humpback Whales. More recently, Dr. Payne's work has focused on developing benign methods of whale research that nullify the argument for "scientific" whaling. Roger Payne has led over one hundred expeditions to all oceans and has studied all species of large whale in their natural environments. He lives mainly in London, and occasionally 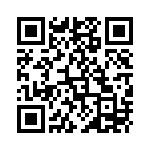