very good book for economics student and also good for the person who is interested in economics.. 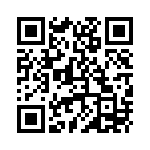