Review: An Exaltation of Larks: The Ultimate Edition

A quick and incredibly fun read. Lipton loves to play with language and invites you to join. The book is an exploration of what he dubs the Venereal Game; it collects what may be called "nous of ... Read full review

James Lipton is the creator, executive producer, writer and host of "Inside the Actors Studio," which is seen in 84 million homes in America on the Bravo network, and in 125 countries, and has received twelve Emmy nominations. He is the author of the novel "Mirrors," which he then adapted and produced for the screen, and of the American literary perennial "An Exaltation of Larks," and has written the book and lyrics of two Broadway musicals. His television productions include "Jimmy Carters Inaugural Gala," the first Presidential concert ever televised; twelve Bob Hope Birthday Specials, reaching record-breaking audiences; and "The Road to China," the first American entertainment program from the Peoples Republic. He is a vice-president of the Actors Studio, is the founder and dean emeritus of the Actors Studio Drama MFA program at Pace University, has received three honorary PhDs, is a recipient of Frances "Chevalier de lordre des Arts et des Lettres," and has been awarded the Lifetime Achievement Emmy by the National Academy of Television Arts and Sciences. 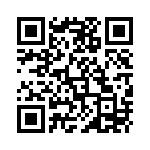