Loring W. Tu was born in Taipei, Taiwan, and grew up in Taiwan,Canada, and the United States. He attended McGill University and Princeton University as an undergraduate, and obtained his Ph.D. from Harvard University under the supervision of Phillip A. Griffiths. He has taught at the University of Michigan, Ann Arbor, and at Johns Hopkins University, and is currently Professor of Mathematics at Tufts University in Massachusetts. An algebraic geometer by training, he has done research at the interface of algebraic geometry,topology, and differential geometry, including Hodge theory, degeneracy loci, moduli spaces of vector bundles, and equivariant cohomology. He is the coauthor with Raoul Bott of "Differential Forms in Algebraic Topology." 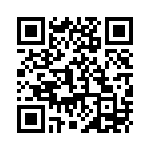