Lyne Bansat-Boudon is Professor in the Section des sciences religieuses at the École Pratique des Hautes Études (EPHE) in Paris, and an Honorary Senior Member of the Institut Universitaire de France (IUF). Her main fields of research are Sanskrit Literature and Poetics, Aesthetics and the Śaiva tradition. She published in 1992 Poétique du théâtre indien. Lectures du Nâtyaçâstra, and, in 2006, as the chief editor of the volume and a translator, Théâtre de l’Inde ancienne, Gallimard (Bibliothčque de la Pléiade).

Kamaleshadatta Tripathi is Emeritus Professor at the Benares Hindu University, India, where he was Dean of the Faculty of Sanskrit Learning and Theology and Head of the Department of Religious and Agamic Studies. For several years he also was the director of the Kâlidâsa Akademi in Ujjain. His research interests include Agamic Philosophy, Hindu Theology, Philosophy of Grammar, Sanskrit Literature, Poetics and Aesthetics. 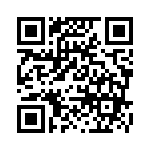