Michael Burlingame, Sadowski Professor of History Emeritus at Connecticut College, is the author of The Inner World of Abraham Lincoln and the editor of ten volumes of primary sources about Lincoln, including With Lincoln in the White House: Letters, Memoranda, and Other Writings of John G. Nicolay, 1860– 1865. He won the prestigious Lincoln Prize, honorable mention, for his five edited collections of letters, memoranda, editorial essays, lectures, and interviews by Lincoln’ s White House private secretaries, John G. Nicolay and John M. Hay, all published by Southern Illinois University Press. 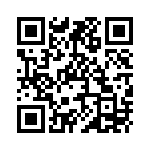