Ananse's Feast: an Ashanti tale is about greed, a common theme in West African folklore. Ananse prepares a feast but doesn't want to share it as food has been scarce. His friend Akye (turtle) drops by ... Read full review

Tololwa M. Mollel, an Arusha Maasai from Tanzania, grew up on his grandfather's coffee farm, an hour's drive from Mount Kilimanjaro. After receiving his B.A. in Literature and Theatre at the University of Dar es Salaam, Tanzania, Mr. Mollel went to Canada in 1966 to complete his master's degree at the University of Alberta. In the late 1970s he returned to Tanzania where he was Senior Lecturer and Head of the Theatre Department at the University of Dar es Salaam. At that time he was also co-director of a children's theatre and arts group. Mr. Mollel has written many books for Clarion. He lives in Minneapolis, Minnesota..

Andrew Glass has written several books for children and has illustrated many. He lives in New York City with his wife. 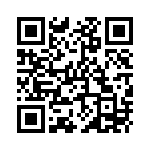