to call this a comprehensive history would be a gross understatement. Exacting reporting of detail upon detail. It is important to document history, but this is not an easy book to read. In fact in the 100 New Classics list, this book does not have a peer. Read full review

Loved this book! The AIDS virus is examined from the first hints of existence of an epidemic in 1980 through the final acceptance of its reality by the government and the press in 1987. The story is ... Read full review

RANDY SHILTS was one of the first journalists to recognize AIDS as an important national issue and, in the early 1980s, he began to report on AIDS full time for the San Francisco Chronicle, making him the only journalist to do so. He was also the author of The Mayor of Castro Street: The Life and Times of Harvey Milk and Conduct Unbecoming: Gay and Lesbians in the U.S. Military. Shilts died of AIDS-related complications in early 1994. 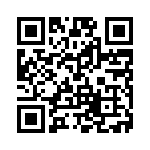