What a fantastically talented new author! I can't wait to see what Chase Taylor Hackett comes up with next. The characters were so beautifully developed and I loved watching them emerge throughout the story. The chemistry between Jeffrey and Theo was so realistic, this was the perfect enemies to lovers story.
Seriously, I found myself laughing out loud (embarrassingly often) at all the clever situations Hackett contrives for these guys. Amazingly fresh and creative, I truly couldn't guess what would happen next and it was a blast.
Also, I've gotta say, as a NYC resident it is so much fun to read stories that take place here and it's clear Hackett enjoys this unique place as much as I do. As a transplant from Minnesota I could completely identify with Theo - we mid-westerners really do smile and talk to strangers and most New Yorkers are very welcoming and receptive when it happens. That brunch scene, the description of the tables basically on top of each other and all six diners having a conversation...! Some of the most interesting people I've met have been just waiting on line or riding on trains.
I've got to go back and read Where Do I Start?, I'm sure it's fabulous. Clearly you can read And the next Thing You Know . . . as a stand-alone since I just did, or read them out of order as I shall.
Huge kudos to Chase Taylor Hackett, great job!

Chase Taylor Hackett was raised on a farm in the Midwest among hogs, ponies, corn and soybeans – far from his current home in New York City. He has written most of his life, nearly all of it in musical theatre, and was a member of the BMI Musical Theatre Workshop. His theatrical career peaked when a musical for which he’d written the book and lyrics opened on Broadway. Unfortunately, two weeks later it closed on Broadway. One morning he woke up and found that he had a couple characters in his head, who, try as he might, refused to become a musical comedy. He wondered if he could possibly work them up into a novel, but, never having tried to write one before, he didn’t have a clue where to begin. And thus came his first novel: Where Do I Start? He lives in upper Manhattan with his partner Travis, and a Scottish terrier named Watson. 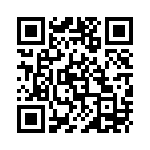