sped through this like it was no one's business. andy kaufman was one of the coolest people ever alive, ever. everything that's in the movie but more more more. hard to put down once you start. a touching life. Read full review 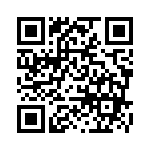