Koestenbaum veers wildly from incredible insight on Warhol's life, work, and career to tedious intellectual wankery -- often two or three times in the course of a page. Sometimes it's fascinating, and ... Read full review

I know almost nothing about Andy Warhol, only that he was a major artist of the 60's and later. I wanted to learn more, unfortunely this bio didn't really tell me much more. It is more of an outline of his life and work. I still want to know more. Read full review

He is professor of English at the Graduate Center of the city University of New York & lives in New York City. 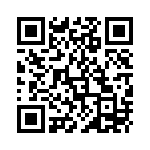