Bernard Marcade was born in France in 1948. He is an art critic, an independent curator, and aesthetics teacher at L'ecole Nationale d'Arts de Cergy-Pontoise. Marcade's major exhibitions include Aspects of French Art at the Vancouver Art Gallery in 1984, Aufawie Hochzeiten Tanzen in Zurich in 1988, and Selective Affinities at the Palais des Beaux-Arts in Brussels in 1990. He is also the director of the contemporary art division at Edition Flammarion. Marcade wrote Pierre at Gilles: The Complete Works, 1976-1996, a display of the works of the two French photographers. 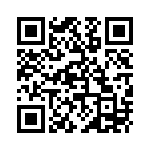