Duncan Innes was student activist and is currently executive director of the Innes Labour Brief and a lecturer in the School of Economic and Business Sciences at the University of Witwatersrand, Johannesburg. 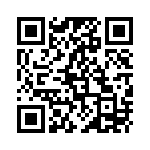