Jon Furberg's passion for literature touched the world of publishing, teaching and, of course, poetry. He was a co-founder of Pulp Press (later to be reborn as Arsenal Pulp Press) a beloved teacher, and the author of three books of poetry. Jon Furberg died in 1992.

Stephen Osborne was born in Pangnirtung in 1947. In 2004 he was a recipient of the CBC Literary Award, the Vancouver Arts Award for Writing and Publishing, and the National Magazine Foundation Special Achievement Award. He won the first Event Creative Non-fiction Prize, and is an award-winning columnist for Geist magazine, where many of the pieces in Ice & Fire got their start. He is the founder of Arsenal Pulp Press and editor and founder of Geist magazine. His work has appeared in numerous periodicals, and the title story in his collection was translated into Inuktitut and appeared in Inuktitut magazine. 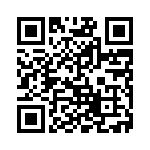