Excellent reference book regarding the world's wildlife. Short notes on the various species with longer notes regarding habitats, and an overall view of the animal species. Read full review

A beautiful book from start to finish. Intuitive, non-cluttered layout, yet somehow they fit in most all information you would want into the text boxes. These photographs are top notch, descriptions ... Read full review

David Burnie studied zoology at the University of Bristol. After graduating, he worked as a nature reserve ranger and biologist, and in 1979 began a career writing and editing books on natural sciences. He has written, or contributed to, over 75 books and multimedia titles. He has also acted as a consultant and scriptwriter for a number of natural history television programs. Don E. Wilson is Senior Scientist at the National Museum of Natural History. He is on the scientific Board of Directors of Bat Conservation International, The Biodiversity Foundation for Africa, Integrated Conservation Research and The Ecotourism Society. Dr. Wilson is past-president of the American Society of Mammalogists and the Association for Tropical Biology. Editor of the Journal of Mammology for five years and of the Mammalian Species and Special Publications for three years, Dr. Wilson is the author of over 180 scientific publications. Consultant for Mammals, Juliet Clutton-Brock, Managing Editor of the Zoological Society of London's Journal and Research Associate of the Natural History Museum, London. Consultant for Birds, Dr. Francois Vuilleumier, Department of Ornithology, American Museum of Natural History. Consultant for Fish, Richard Rosenblatt, Professor of Marine Biology and Curator of Marine Vertebrates, Scripps Institution of Oceanography, University of California. Consultant for Reptiles, Chris Mattison, zoologist and writer specializing in herpetology. Fellow of the Royal Photographic Society. Consultant of Amphibians, Tim Halliday, Professor of Biology, Open University, UK. International Director of the Declining Amphibian Population Task Force. Consultant for Arthropods, Dr. George McGavin, Assistant Curator of the Hope Entomological Collections, Oxford University Museum of Natural History, Lecturer in Biology and Human Sciences, Jesus College, Oxford. Consultant for Non-Arthropod Invertebrates, Dr. Richard Barnes, Department of Zoology, University of Cambridge, and Dr. Frances Dipper, marine biologist and writer. 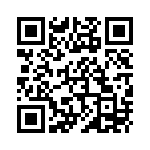