America's first citizen, RALPH NADERis a lawyer and author who has co-founded numerous public interest groups including Public Citizen, the Center for Auto Safety, Clean Water Action Project, the Disability Rights Center, the Pension Rights Center, Commercial Alert, the Public Interest Research Group (PIRG), and the Center for Study of Responsive Law. He is credited with having passed more major legislation in the twentieth century than all but three US Presidents.

For the past forty-five years he has challenged abuses by corporate and government officials and has urged citizens to use their time, energy, and democratic rights to demand greater institutional accountability. In 1965, Nader's landmark book Unsafe at Any Speed changed the face of the automobile industry. The Atlantic named him as one of the 100 most influential figures in American history, and Time and LIFE magazines honored him as one of the most influential Americans of the twentieth century. As a result of his efforts, cars are safer, food is healthier, our environment is less polluted, and our democracy is more robust. 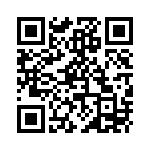