A pioneering work which places animal treatment by people withing the ambit of human ethical behaviour. Whoever else deals with this subject, Peter Singer will always be the first philosopher to have ... Ler crítica na íntegra

In the first half of the book, Singer opens our eyes in regards to how we treat the staggering majority of animals today. In the the second half, he shows us the way to a more ethical life. All with overwhelming evidence, using reason, logic, and unbiased scientific reference. Ler crítica na íntegra

Born in Australia, Singer received his B.A. and M.A. from the University of Melbourne and, in 1971, his B. Phil from University College, Oxford. During his teaching career, he has held positions in philosophy in England, the United States, and Australia. While a student at Oxford, Singer was deeply affected by a group of people who had become vegetarians for ethical reasons. Joining their commitment to the rights of animals, he wrote Animal Liberation: A New Ethics for Our Treatment of Animals (1975), a persuasively reasoned, yet clearly understandable defense of the rights of animals. Singer's vocal concern for the proper treatment of animals has triggered a new appreciation of the anthropocentric bias of traditional Western moral philosophy; other philosophers have followed his lead. Complaining that ethical theorists have focused too intensely upon the rights, responsibilities, and treatment of humans, Singer dubs this malady "speciesism" and calls for a broader moral perspective---one that includes a sensitivity to the needs and concerns of other sentient creatures. 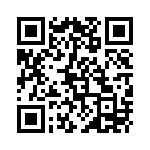