William McCarthy is the author of Hester Thrale Piozzo: Portrait of a Literary Woman (1985).

Elizabeth Kraft is the author of Character and Consciousness in Eighteenth-Century Comic Fiction (1992) and Laurence Sterne Revisited (1996). They co-edited The Poems of Anna Letitia Barbauld (1994) for the University of Georgia Press. 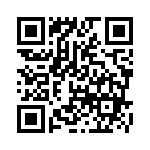