Debbie Ford struggled with substance abuse as a teenager and young adult as a result of her parents' divorce and a sense that she had not lived up to their expectations. She checked in and out of drug treatment centers throughout her 20s and into her 30s, but hearing motivational speaker and author Deepak Chopra speak changed her life. She was influenced by his assertion that people need to "embrace" their demons rather than try to repress or conquer them. She worked for Chopra for spent several years before publishing her first book, The Dark Side of the Light Chasers, in 1998. She discussed the book on television with Oprah Winfrey in 2000 and the book made best-seller lists. Her other self-help books include The 21-Day Consciousness Cleanse, The Best Year of Your Life, The Shadow Effect co-written with Chopra and Marianne Williamson, and Spiritual Divorce. She was also an internationally-known motivational speaker for personal transformation who founded the Ford Institute for Integrative Coaching. She died from a rare form of sarcoma on February 17, 2013 at the age of 57. 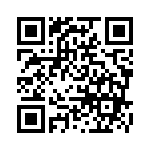