Albert Chinualumogu Achebe was born on November 16, 1930 in Ogidi, Nigeria. He studied English, history and theology at University College in Ibadan from 1948 to 1953. After receiving a second-class degree, he taught for a while before joining the Nigeria Broadcasting Service in 1954. He was working as a broadcaster when he wrote his first two novels, and then quit working to devote himself to writing full time. Unfortunately his literary career was cut short by the Nigerian Civil War. During this time he supported the ill-fated Biafrian cause and served abroad as a diplomat. He and his family narrowly escaped assassination. After the civil war, he abandoned fiction for a period in favor of essays, short stories, and poetry. His works include Things Fall Apart, Arrow of God, No Longer at Ease, A Man of the People, Anthills of the Savannah, and There Was a Country. He also wrote four children's books including Chike and the River and How the Leopard Got His Claws. In 2007, he won the Man Booker International Prize for his "overall contribution to fiction on the world stage." He also worked as a professor of literature in Nigeria and the United States. He died following a brief illness on March 21, 2013 at the age of 82. 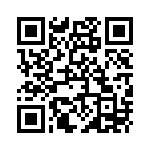