Frank Felsenstein is the Reed D. Voran Honors Distinguished Professor of Humanities at Ball State University. He was previously Reader in Eighteenth-Century Studies at the University of Leeds. 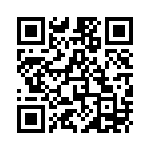