Erik De Clercq, M.D., PhD is currently President of the Rega Foundation, a member of the Belgian (Flemish) Royal Academy of Medicine and of the Academia Europaea, and a Fellow of the American Association for the Advancement of Science. He is an active Emeritus Professor of the Katholieke Universiteit Leuven (K.U.Leuven), Belgium. He is honorary doctor of the Universities of Ghent, Belgium, Athens, Greece, Ferrara, Italy, Jinan (Shandong), China, Charles (Prague), Czech Republic, and Jihoceska (Ceske Budejovice), Czech Republic, and Tours, France.
For his pioneering efforts in antiviral research, Professor De Clercq received in 1996 the Aventis award from the American Society for Microbiology, and in 2000 the Maisin Prize for Biomedical Sciences from the Belgian National Science Foundation. In 2008 he was elected Inventor of the Year by the European Union. Jointly with Dr. Anthony Fauci, Prof. De Clercq received the Dr. Paul Janssen Award for Biomedical Research in 2010.
He is the (co)inventor of a number of antiviral drugs, used for the treatment of HSV (valaciclovir, Valtrex , Zelitrex ), VZV (brivudin, Zostex , Brivirac , Zerpex ), CMV (cidofovir, Vistide ), HBV (adefovir dipivoxil, Hepsera ), and HIV infections (AIDS) (tenofovir disoproxil fumarate, Viread ). 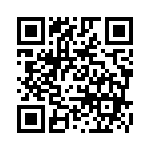