Furth has a Ph.D. from Ohio State University with concentration on investigation of drawings as a viable aid in counseling. He has spent the last 30 years working with emotionally disturbed and terminally ill children and adults. He is a graduate of the C.G. Jung Institute, Zurich, and is presently practicing in New York City.

Smith, son of a surgeon, was born in Scotland and gained his medical degree at the University of Edinburgh, and became a Fellow of the Royal College of Surgeons of Edinburgh in 1974. He is a keen surgical teacher and his clinical interests include vascular and thoracic surgery, and the early rehabilitation of amputees. He became a Consultant in General and Vascular Surgery in Falkirk and District Royal Infirmary in 1982.

Elisabeth Kubler-Ross, MD, [1926-2004] was a Swiss-born psychiatrist, humanitarian, and co-founder of the hospice movement around the world. She was also the author of the groundbreaking book "On Death and Dying", which first discussed The Five Stages of Grief. Elisabeth authored twenty-four books in thirty-six languages and brought comfort to millions of people coping with their own deaths or the death of a loved one. Her greatest professional legacy includes teaching the practice of humane care for the dying and the importance of sharing unconditional love. Her work continues by the efforts of hundreds of organizations around the world, including The Elisabeth Kubler-Ross Foundation: EKRFoundation.org. 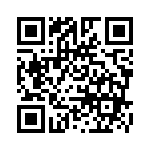