Remarkable in every respect. Biographies are rare in themselves, but a secret autobiography of one of the most commended lineage masters is something truly special. With a biography you profit from ... Read full review

A fascinating book about a pivotal figure in the Nyingma tradition. In a culture which believes in reincarnation while affirming the 'empty' nature of a separate self, the subject of one's true ... Read full review

Janet Gyatso is Associate Professor of Religion at Amherst College. She is the editor of In the Mirror of Memory: Reflections on Mindfulness and Remembrance in Indian and Tibetan Buddhism. 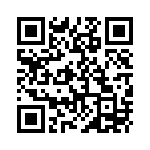