Cynthia J. Davis is associate professor of English at the University of South Carolina, Columbia. She is author of Bodily and Narrative Forms: The Influence of Medicine on American Literature, 1845-1915 (2000) and the coauthor of Women Writers in the United States: A Timeline of Social, Cultural, and Literary History (1996). Her current project is a biography of Charlotte Perkins Gilman. 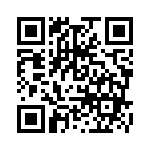