Elizabeth Boosahda is an independent scholar and writer in Worcester, Massachusetts. As a longtime participant in many Arab-American communities, she brings firsthand knowledge of Arab-American customs, traditions, and values to this book. 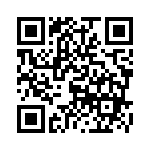