Same problem here as with their other "Left Behind" books - characters who are essentially identical to each other because they are all goody-two-shoes, refusal to actually research what the Bible says, white-washing the holes in the plot and so on, and bad guys who are annoyingly stupid. Read full review

I am almost done with this series. There are places when the story dragged a bit but overall, I found myself looking forward to the next book. I enjoyed the characters. I was surprised at how certain ... Read full review

Tim LaHaye, an author, minister, and nationally recognized speaker on Bible prophecy, was born in 1926. He received a Doctor of Ministry degree from Western Theological Seminary and a Doctor of Literature degree from Liberty University. He has written over 50 fiction and non-fiction books. He is the co-author of the Left Behind series and the Left Behind: The Kids series with Jerry B. Jenkins. His non-fiction works cover a wide variety of subjects including family life, temperaments, sexual adjustment, Bible prophecy, the will of God, Jesus Christ, and secular humanism.

Jerry B. Jenkins was born in Kalamazoo, Michigan on September 23, 1949. He is the author of more than 175 books including the Left Behind series, Riven, Matthew's Story, The Last Operative, and The Brotherhood. He is also the former editor of Moody Magazine, and his writing has appeared in Reader's Digest, Parade, Guideposts, and dozens of Christian periodicals. He wrote the nationally syndicated sports story comic strip, Gil Thorp, from 1996-2004. He owns Jenkins Entertainment, a filmmaking company in Los Angeles, which produced the critically-acclaimed movie Hometown Legend, based on his book of the same name. He also owns the Christian Writers Guild, which trains professional Christian writers. As a marriage and family author and speaker, he has been a frequent guest on Dr. James Dobson's Focus on the Family radio program. 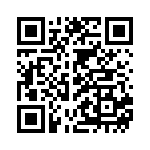