Armies of the young: child soldiers in war and terrorism

Armies of the young: child soldiers in war and terrorism

David M. Rosen is a professor of anthropology and law at Fairleigh Dickinson University. 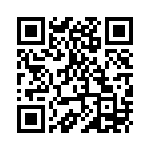