I won't be cooking from it, but it really gives the flavor of living in ancient Rome. Sorry about that. Couldn't resist. قراءة التقييم بأكمله

Patrick C.P. Faas is an internationally renowned food historian, lecturing and teaching all over the world. His column in the Dutch newspaper, Volkskrant, is hugely popular and has been published as a collection with a foreword by Midas Dekkers. A contributor to the Oxford Symposium on Food and History every year, his work in this field is without equal. He has appeared widely on European television and was sued by the SPCA for preparing, live on air, the ancient Roman delicacy, baked stuffed mice. 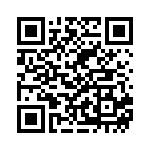