Clement Salaman is a lecturer and retired teacher, and editor of a 7-volume translation of the letters of Marsilio Ficino. 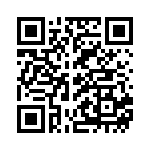