Helen Zia highlights the decades of discrimination Asian Americans have undergone, with personal anecdotes at the beginning of each chapter. Highly informative, although I would have liked Zia to include more Asian American voices in place of nitty-gritty historical details. Read full review

ASIAN AMERICAN DREAMS: The Emergence of an American People

Zia, a Chinese-American and co-editor of the reference Asian American Biography, intertwines a memoir of her own life with an informal history of Asians in America. Unless one starts with prehistoric ... Read full review

Helen Zia, a graduate of Princeton University's first co-educational class, is an award-winning journalist who has covered Asian American communities and political movements for twenty years. She lives in the San Francisco Bay Area. 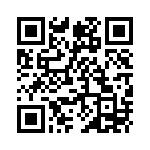