British economist Joan Robinson was widely recognized for her work in monopolistic competition and capital theory. Born Joan Maurice in Chamberley, Surrey, she was educated at Girton College, Cambridge. In 1926 she married Austin Robinson, a Cambridge economist. In 1931 Joan Robinson received an appointment at Cambridge, and she remained there until 1971, succeeding her husband as a professor of economics in 1965. Robinson's most famous work, The Economics of Imperfect Competition (1933), was intended to bridge the gap between the two main types of market structures in economics---perfect competition and monopoly. Her solution was to propose a type of industry structure called monopolistic competition in which an industry would have a number of small producers, each behaving as if it were monopolistic even though its actions affected, and were affected by, the actions of its competitors. The concept of monopolistic competition, which was also proposed by Harvard economist Edward Chamberlin at the same time, was a major advance in the field of economics. Both Robinson and Chamberlin spent years defending and distinguishing their versions of the concept. Most treatments of the topic today involve elements of both, although purists give a slight edge to Chamberlin. Robinson was one of the early champions of the Keynesian revolution with her Introduction to the Theory of Employment (1937). She also wrote the classic, Essay on Marxian Economics, in which she pointed out many of the pre-Keynesian concepts in Marx's Das Kapital. Her works The Rate of Interest and Other Essays (1953) and The Accumulation of Capital (1956) attempted to develop a Keynesian approach to long-run equilibrium growth. At about the time that these were written, she thought she had discovered a flaw in the accepted theory of capital, which launched the acrimonious "Cambridge controversies" debate, so named because it involved both Cambridge University in England and Harvard University in Cambridge, Massachusetts. Much later in her career, Robinson rebelled against the prevailing economic theories that relied on comparative static analysis, and she presented her views in Economic Philosophy (1962), Economics---An Awkward Corner 1966), and An Introduction to Modern Economics (1973). Toward the end of her career, she became increasingly radical, expressing admiration for the economic systems of China under Mao Tse-Tung (see Vol. 2), and North Korea under Kim-Sung. Few economists followed her lead, however, and despite her early reputation, she finished her career on the fringes of mainstream economics. 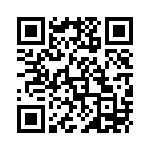