Haileleul Getahun has been a consultant to several International agencies including the Food and Agricultural Organization (FAO) of the United Nations, the International Fund For Agricultural Development (IFAD), the United Nations Development Program (UNDP), the United Nations Economic Commission for Africa (UNECA), the World Food Program (WFP), and the World View International Foundation (WIF), a non- governmental Organization. He also had a distinguished career in his native country Ethiopia. Between 1973 -1975 Getahun was Director of the USAID supported Adaa Integrated Rural Development Project until it was interrupted by the 1974 Revolution. Prior to that he was Assistant Minister of Land Reform. Getahun has contributed to numerous national and international conferences, seminars and has been published extensively. 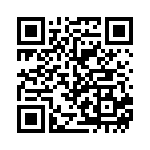