Steve Mentz is Associate Professor of English at St. John's University in New York City, USA, where he teaches Shakespeare and Renaissance literature. He is author of Romance for Sale in Early Modern England (Ashgate, 2006) and co-editor of Rogues and Early Modern English Culture (Michigan, 2004). His maritime research has been supported by the Folger Shakespeare Library, the John Carter Brown Library, Mystic Seaport, the National Endowment for the Humanities, and the National Maritime Museum in London. 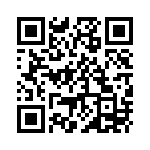