George Tenet was the Director of Central Intelligence from 1997 to 2004. He holds a BSFS from the Georgetown University School of Foreign Service and an MIA from the School of International Affairs at Columbia University. He was appointed to the faculty of Georgetown University in 2004 and lives outside Washington, D.C., with his wife, author Stephanie Glakas-Tenet, and their son. 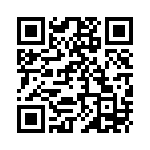