Philippe Cadčne, PhD University of Toulouse, became a research fellow at the CNRS (French National Center for Scientific Research), where he specialized in Asian studies, particularly India, and led several research projects on urbanization, regional development and entrepreneur networks. He is presently Professor of Development Geography at the University Paris-Diderot, where he coordinated the CITADAIN program (Globalization, Urban Development and Adjustment of Law. Comparative Study in India and the Middle East) funded by the ANR (French National Research Agency). A member of the SEDET (Cross-disciplinary Studies on Developing Societies, Paris-Diderot University) Research Centre, he extensively worked on globalization and urban development in Asian emerging countries as well as in the Gulf States. He has been visiting fellow at different universities in England, Germany, India, Japan, Malaysia and the UAE. His publications include: Atlas de l'Inde (Paris: Autrement, 2008); La Mondialisation. L'intégration des pays en développement (Paris: SEDES, 2007); Commentaire de cartes et de documents géographiques (Paris: Editions Belin, 2004).

Brigitte Dumortier is a specialist on geography and geopolitics of the Muslim world. An alumna of the Ecole Normale Supérieure (Paris), she obtained a M.A. in Geography, then passing its "agrégation". She holds a PhD in Planning and Spatial Analysis from the Université Paris 1 (Panthéon-Sorbonne) prepared partly at Trinity College, Dublin. After a fi rst teaching experience in Ireland and France, Brigitte Dumortier was attached to the French Department of Foreign Affairs for academic cooperation programs in the United Arab Emirates (El Aďn University) and Lybia (Gar Younis University, Benghazi). After her return to France, she became Associate Professor at the University of Lille 1. She is presently at the Sorbonne. A member of SEDET (Cross-disciplinary Studies on Developing Societies, Paris-Diderot University), she was the coordinator for the Gulf of the CITADAIN research program. The author of many articles and contributions on the Arab countries, she published Geography of Arab Orient (Armand Colin, 1997), Contemporary Oman (Khartala, 2002), Globalization and Knowledge Society in the United Arab Emirates (Choiseul, 2009) and was awarded the Ptolemy Price for World Atlas of Religions (Autrement, 2005) which was translated in various languages. 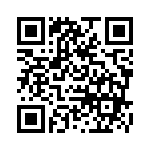